The new collecting broom 1100 is mainly intended for Avant 200, 400 and 500 series, and it replaces the earlier 1050 mm collecting broom. Broom diameter is 500 mm, it consists of 32 pcs brush segments which can be changed one by one.

The broom is equipped with Optifloat™ quick attach system and three large support wheels which guarantee smooth and precise sweeping on uneven surfaces as well. Broom height can be adjusted manually, to compensate wear of the nylon bristles.

Collector box with 80 l volume is mounted in front of the broom. Emptying of the box is hydraulic. Water spraying system for dust binding and one side brush are available as an option. 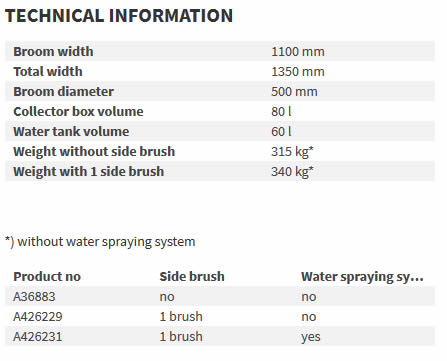 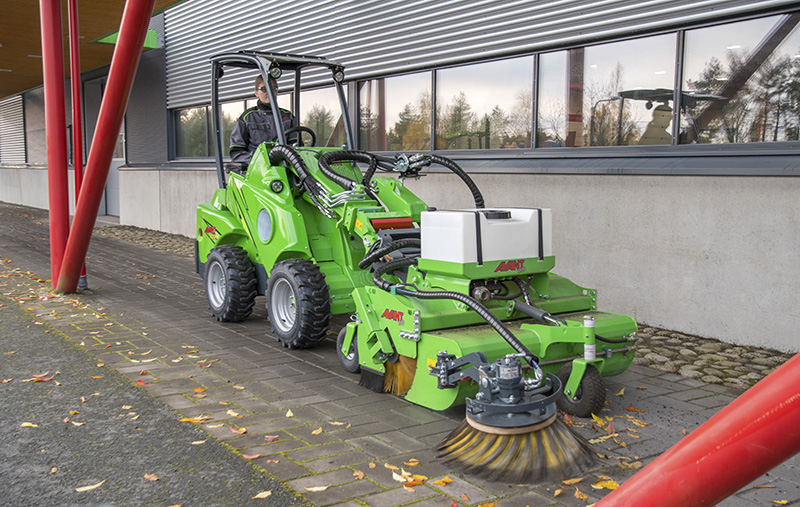 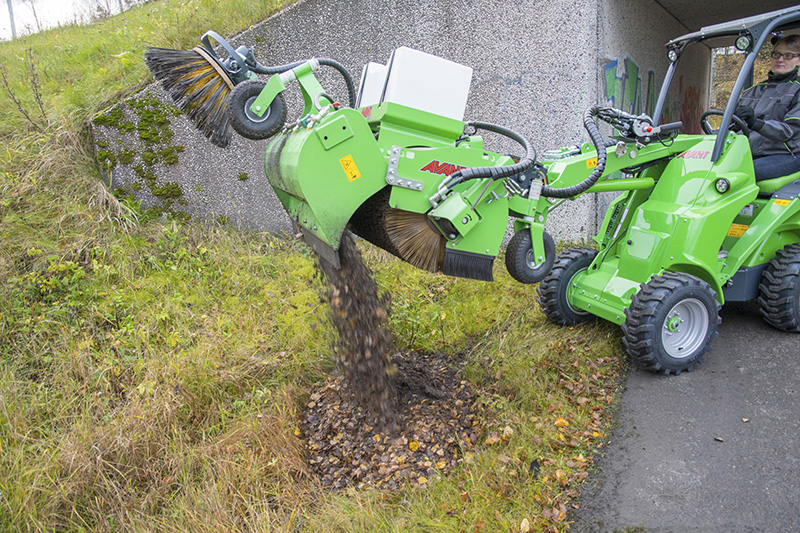